American Bamboo Company was founded in 2010 in Seattle, Washington. We are the premier bamboo fence builder in the United States and the go-to bamboo specialist in the greater Seattle area. We proudly handcraft our products in our North Seattle workshop, allowing us to handle your custom specifications to perfection. Our in-house team collaborates on all our bamboo services, without using subcontractors, ensuring trust-worthy and dependable results. We strive to keep the carbon footprint of our product small and we are passionate in regards to educating the public about the benefits of working with the bamboo plant and growing bamboo plants. 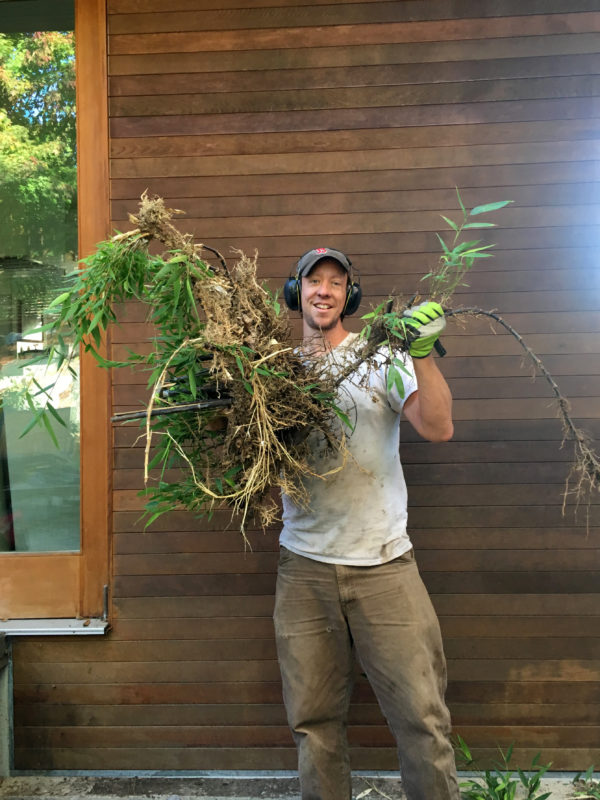 Mark is an active member of the American Bamboo Society, Washington Association of Landscape Professionals, and North American Japanese Garden Association. Mark discovered the vibrant bamboo community in 2004 when he was hired to produce a website for a well-respected bamboo expert and former president of the American Bamboo Society. Mark’s background in carpentry was soon put to work producing fences and shipping them throughout the country. In just four years the company grew to a large warehouse and workshop for fencing production with Mark at the helm as production and sales manager. With curiosity sparked, Mark began traveling abroad to learn more about bamboo. He returned to the United States in 2010 settling in the Seattle, Washington area. All these years later his passion for bamboo continues. He is a very active fence producer, local contractor, and advocate for the benefits of bamboo. In his free time, he enjoys hiking trails in Washington State’s Cascade Mountains, sailing the San Juan Islands, and spending time with his daughter. 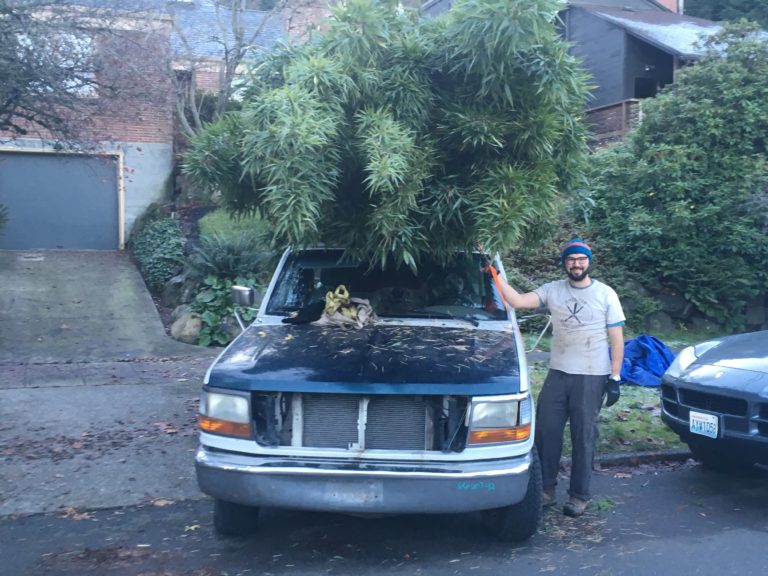 Paul has a degree in Mechanical Engineering from Kettering University. Paul has studied abroad at the Facchoshule Konstanz in Germany and traveled to Stuttgart, Germany for work, and also traveled throughout Europe and Southeast Asia. He has managed workshops in automotive and outdoor recreation industries. In his spare time, he enjoys breaking and fixing things. 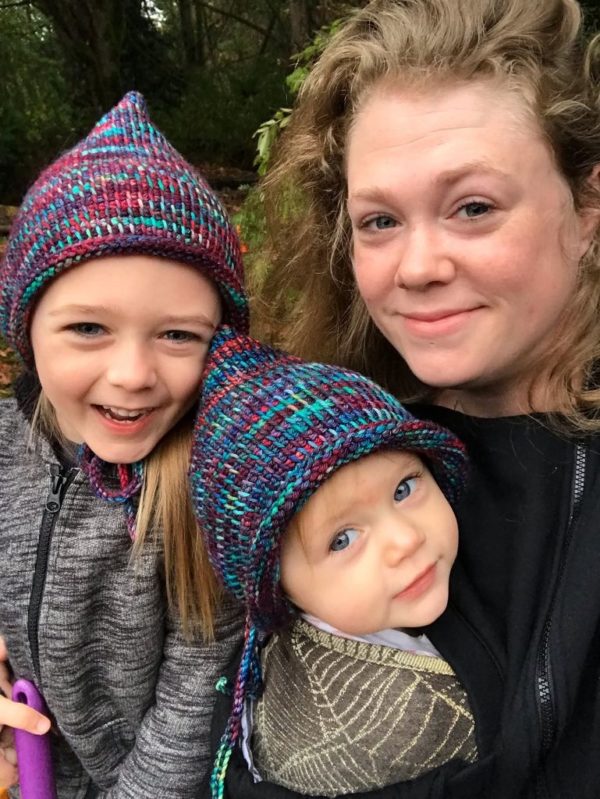 Jacqueline comes to American Bamboo Company with a background in administration and client care; she previously worked in the veterinary industry for many years. Jacqueline is very involved with her two young children and provides babywearing education through a local non-profit, Seattle Babywearers. When not working or volunteering, she enjoys the outdoors as well as various fiber arts. Jacqueline looks forward to traveling internationally for work in the future to learn more about bamboo. 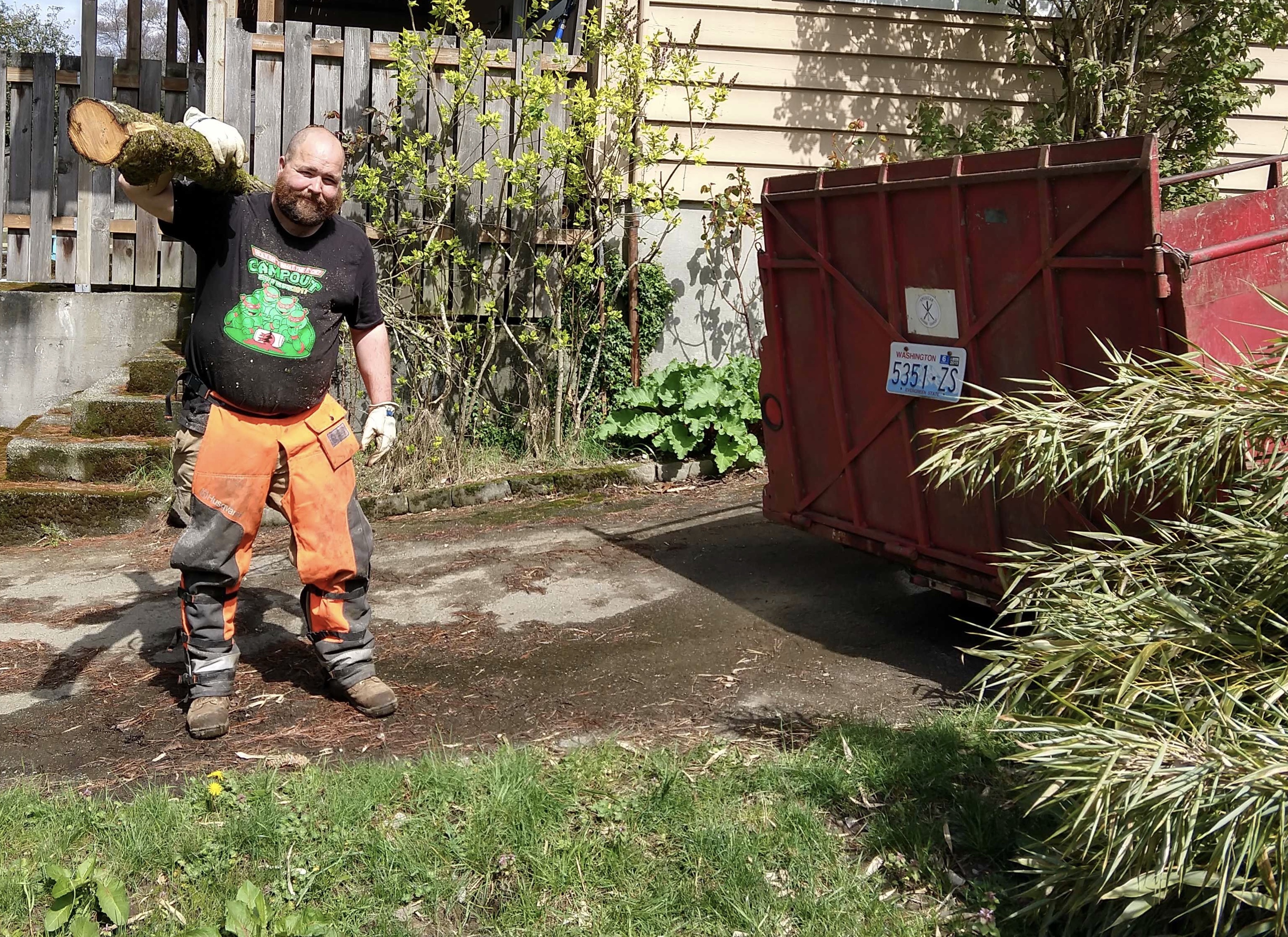 Greg is a ten-year military veteran and avid outdoorsman.  After spending most of his life on the East Coast, he found his way to the Pacific Northwest where he has worked in excavation and tree removal.  As the newest member of American Bamboo Company, Greg brings a fresh source of innovation and a hard-working attitude to the team. In his free time, Greg enjoys the outdoors and visiting breweries in Western Washington.

Curious to learn more about bamboo construction, Mark traveled abroad in search of larger bamboo. In 2006, Mark traveled to the Yucatan to learn about “Iron Bamboo”, a variety that grows almost completely solid, unlike most bamboos which grow with a hollow center.

With his interested piqued, Mark ventured to Thailand in 2009 for his first World Bamboo Organization meeting, followed by a work trip to Cambodia. He took a bus and boat to visit the small town of Chi Phat. There, he helped to break ground on the beginning stages of building an eco-based community center for the village. 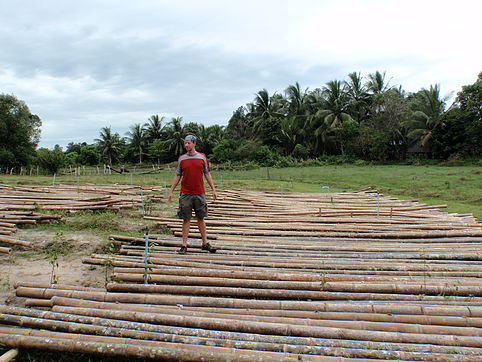 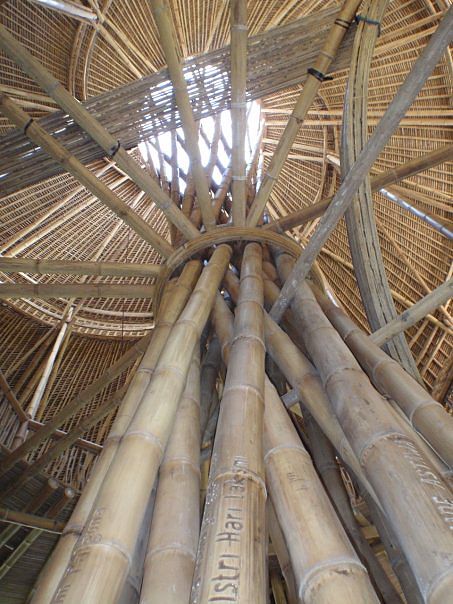 Continuing his journey, Mark visited The Green School in Bali. This was a dream come true! The school has tables, chairs, bookshelves, floors, walls, classrooms, gymnasiums, and even bridges made entirely with bamboo. This in-person proof solidified Mark’s belief that bamboo is a sustainable solution able to provide the basic human necessity of shelter.

Upon return to the United States, Mark continued to hone his craft of bamboo fence making with all he had learned abroad.

In 2017 Mark had the opportunity to travel to Japan to further study the art of takegaki under master fence maker, Takashi Miki of Miki Bamboo of Kyoto, as a guest on the Japanese game show, “Who Wants to Go to Japan”.

Mark spent one week visiting the temples for which the fencing styles are named, studying in the workshop, and building projects with Miki Sensei including a project for a five-star hotel in downtown Kyoto for which Sensei vouched for Mark as a bamboo fence maker. Mark and Miki Sensei continue to stay in touch and were reunited at the 2018 NAJGA International Conference at the Portland Japanese Garden, where Miki Sensei’s takegaki is featured. 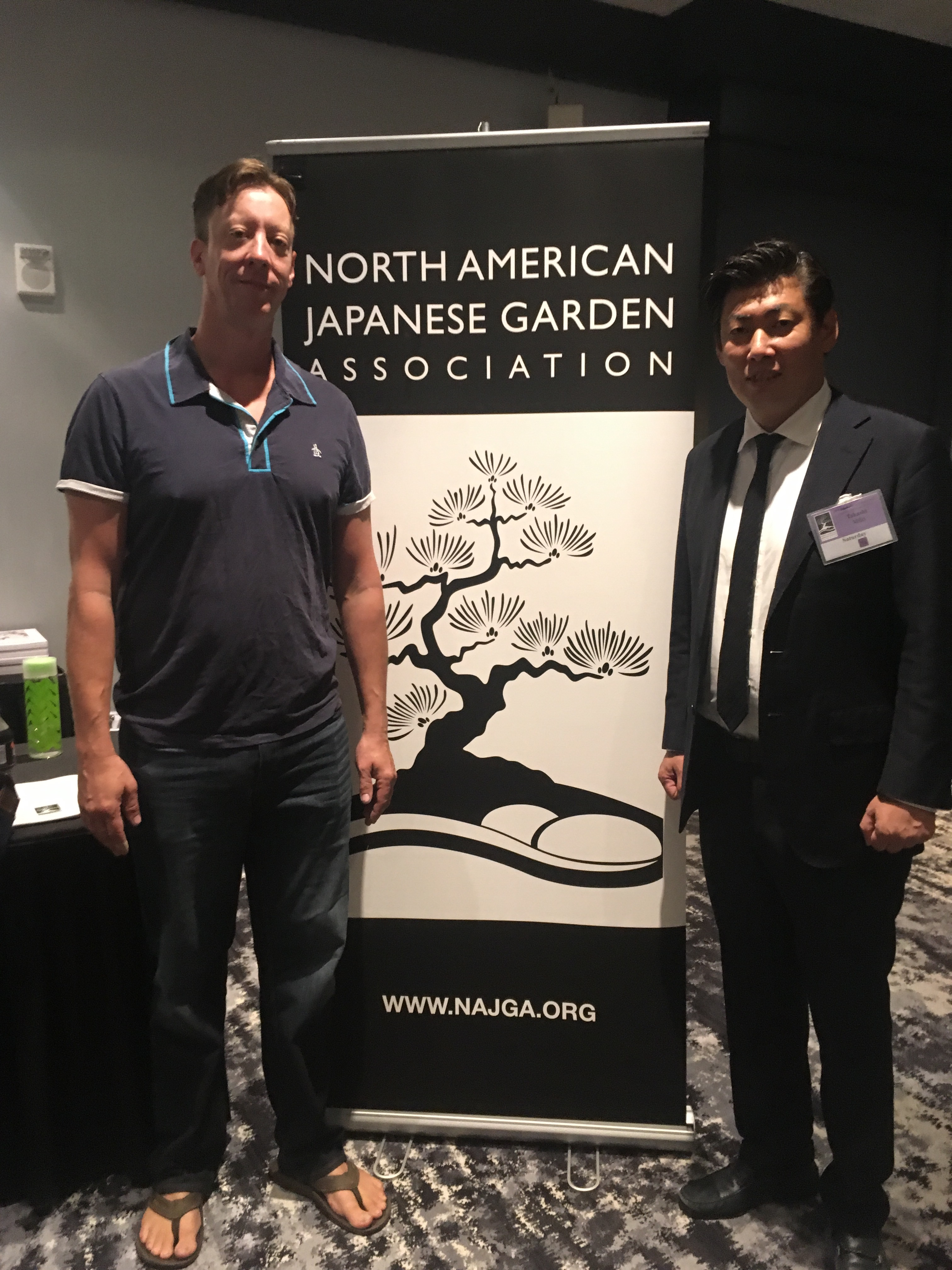 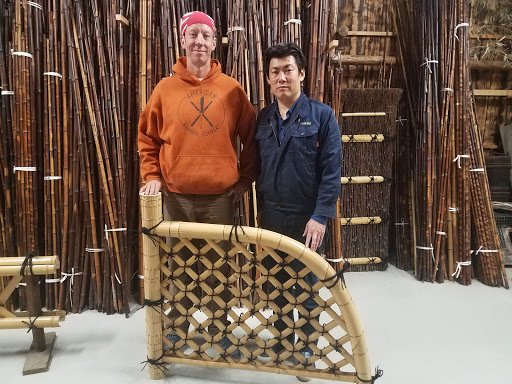 Send us a message to receive a free estimate for your project.

WA Lic. #AMERIBC828P2. We do all of our own work and we do not use subcontractors. Made in America.

Currently servicing the greater Seattle area and beyond.

Shipping fences within the contiguous USA. Shipping all other products worldwide.